“[T]he atoms or elementary particles themselves are not real; they form a world of potentialities or possibilities rather than one of things or facts.” ~ Werner Heisenberg

It’s been a while since I’ve attempted poetry, but every now and then the urge takes me to explore the bigger questions of life.

In order to more fully understand the universe we live out our daily lives in, genius, scientific minds delve into and develop Quantum Mechanics; which tends to fry my circuitry. I don’t think I’ll ever get my head round it!

To me it is the ultimate literary theme, how and why we are even here at all… 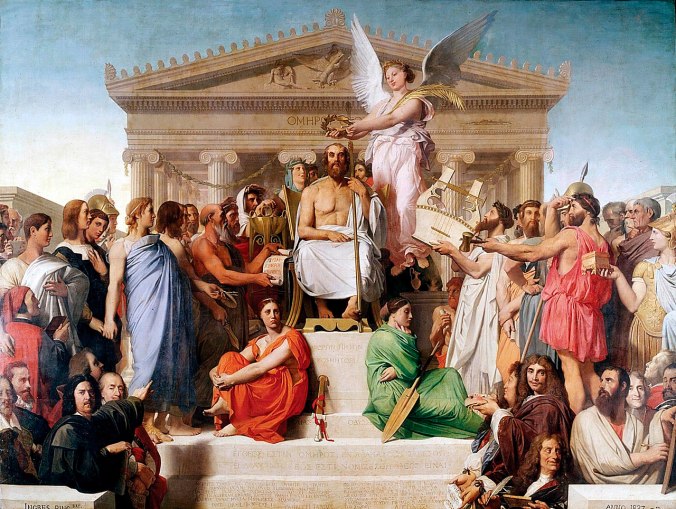 The Apotheosis of Homer by Jean Auguste Dominique Ingres c. 1827

Looking back to the prehistoric swamps of single cell microbes on Earth a few billion years ago, to Darwinian discovery and biogenesis; studying life’s seemingly simple origins and subsequent progress, one might wonder: is creation and evolution one and the same thing?

When I mention chemistry, especially in the title, it is in the broadest sense of the word; not purely a scientific meaning. For the ‘chemistry’ within beings, between souls and all living things in nature has both a real and ethereal quality.

2. the complex emotional or psychological interaction between people.

“their affair was triggered by intense sexual chemistry”

To ponder where and what ‘life’ will be in a millennia, let alone another billion years is beyond my comprehension, but maybe not for scientists and Sci-Fi writers!

I hope you enjoy my attempt at contextualising random thoughts in prose to arrive at a semblance of understanding of the oftentimes violent and disturbing, but also, profoundly beautiful world we live in…

I find listening to Beethoven puts me in a harmonious state of appreciation to access gratitude, contemplation and reflection…

The Chemistry of Life

Make up even a single, miniscule molecule,

Mingling the celestial matter of stars… 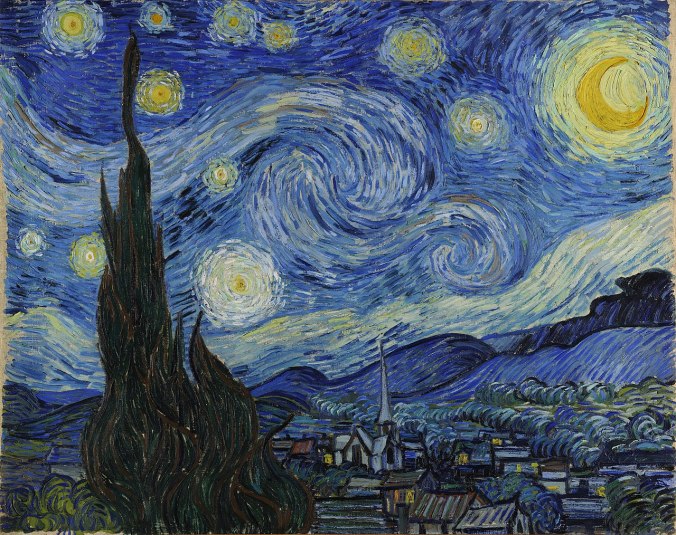 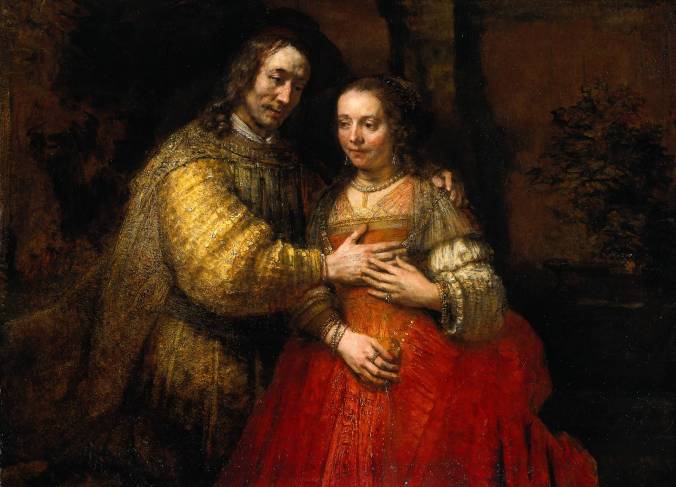 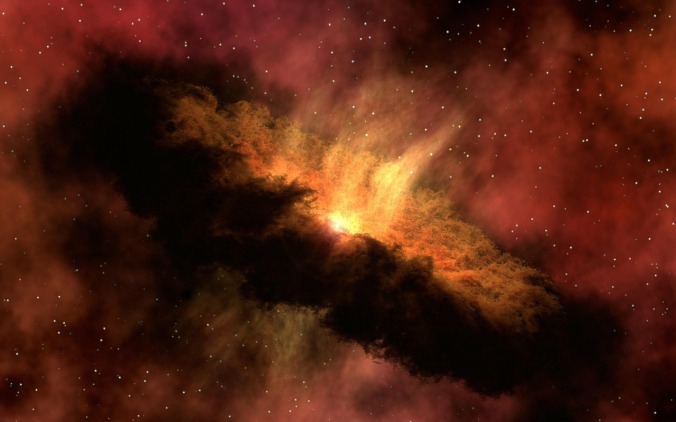 The Alpha and Omega of physicality, existence;

Infused with eternity; depleted through neglect. 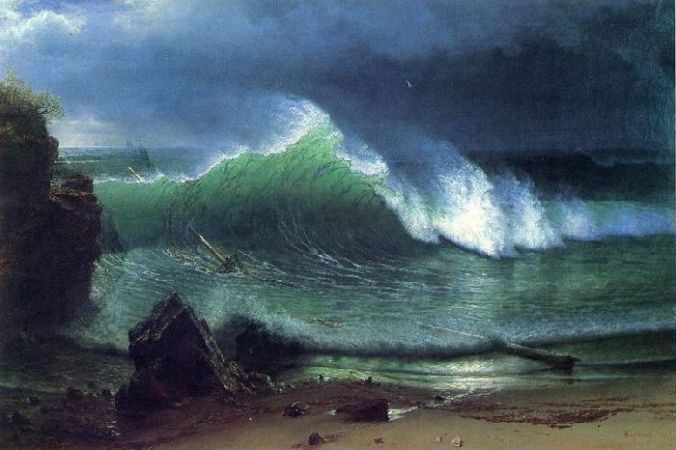 An Emerald Sea by Albert Bierstadt

No on or off switch, just vibrations, instructions… 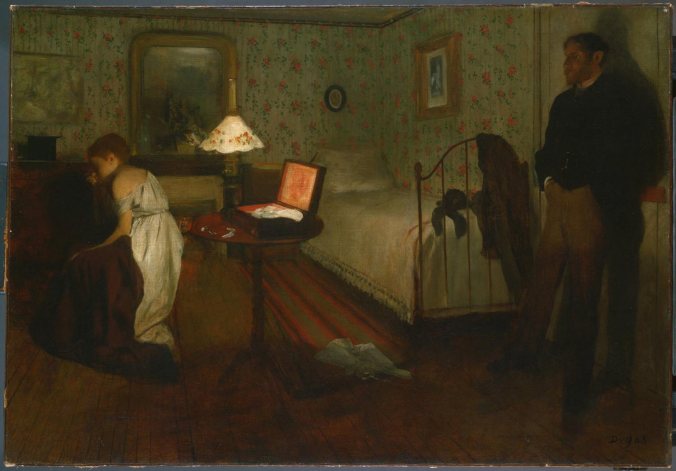 Interior or The Rape by Edgar Degas

The One Energy, splintered and diluted into duality: 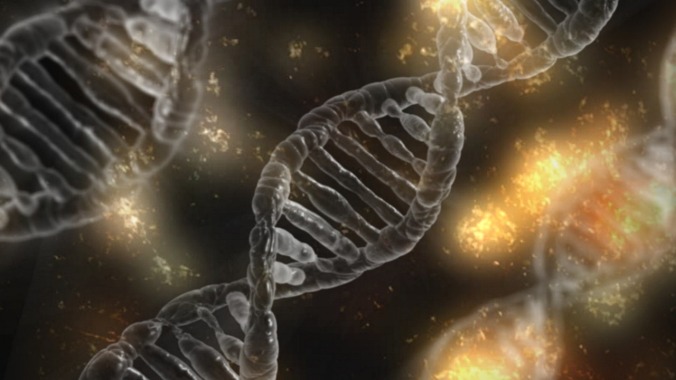 Sperm and egg unite, ignited through love or desire,

Exposed to Gaia’s cycles of destruction and regeneration.

The chemistry of life manifests a zeal for life,

Marvel at the elemental ardour of the universe! 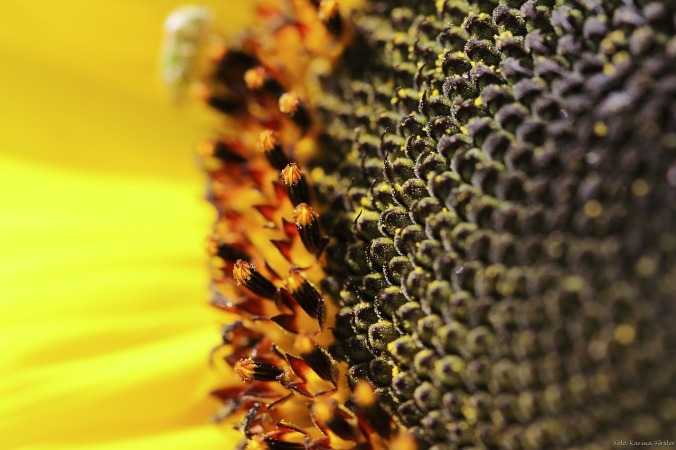 Sounds and rhythm, dissonance and harmony,

Cadences of humanity, expressions of the chemistry of life…

“The first gulp from the glass of natural sciences will turn you into an atheist, but at the bottom of the glass God is waiting for you.” ~ Werner Heisenberg

“If you are distressed by anything external, the pain is not due to the thing itself, but to your estimate of it; and this you have the power to revoke at any moment.” ~ Marcus Aurelius (Meditations)

One of my favourite books is The Alchemist by Paulo Coelho. Its prose is poetic and its theme, wise. In a nut shell, the ancient art of alchemy is the coveted ability to turn lead or mercury into gold. Imagine what a valuable skill that would be… 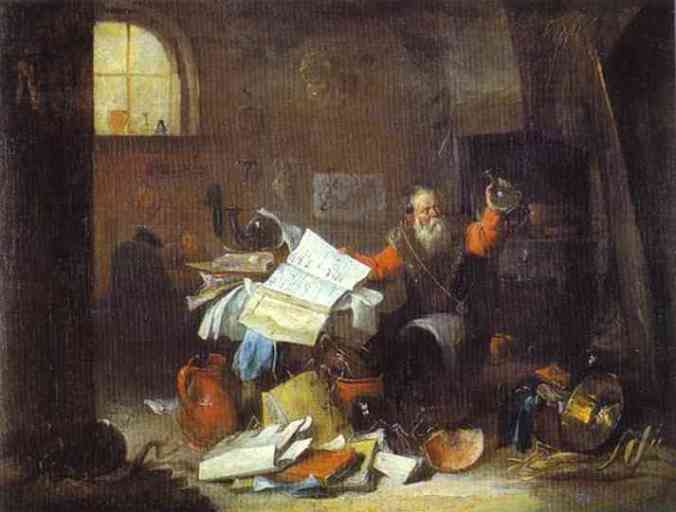 The Alchemist by David Teniers the Younger

Everything you touched transformed literally into gold…  But in a broader sense we are all alchemists. You see, attitude is the raw material of personal alchemy.

By harnessing our most helpful and positive thought processes we can turn any perceived negative situation to our advantage, thus transforming undesirable substances into the elixir of happiness. 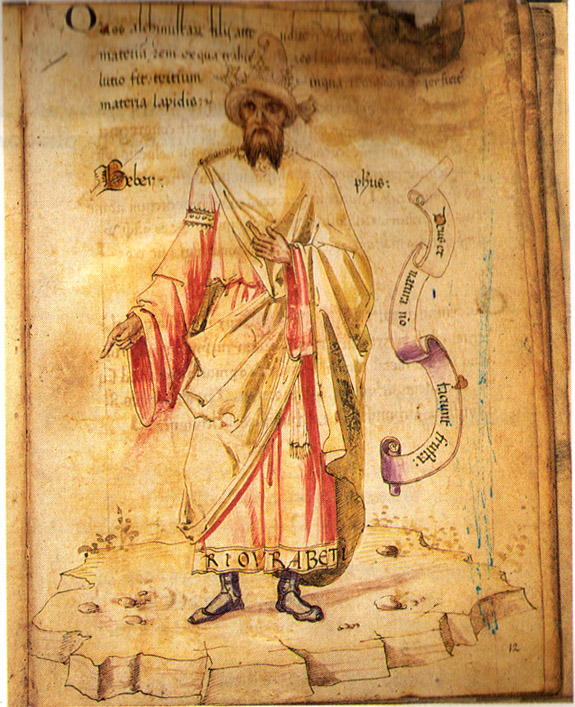 I love the saying, when life gives you lemons make lemonade. We’ve all known people who can step into a pile of steaming dung and seemingly come out smelling of roses. And there are others who appear to have it all: beauty, talent, fame, money, and on the surface they seem to be highly successful. But if you were a fly on the wall you might understand that issues can plague them just as much as the rest of us. Illness, heartache, family strife, or any kind of situation could be causing them misery, sadness and anxiety.

We all have our ‘stuff’ to deal with. Not least of which is that annoying little voice that likes to chirp up at the most inconvenient moment to tell us that we’re not good enough.

Or is that just me?

No matter what is going on around us, if we stop comparing ourselves to others and just focus on being the best person we can be, we can handle these sticky situations and mutate them into the precious metals of our lives… 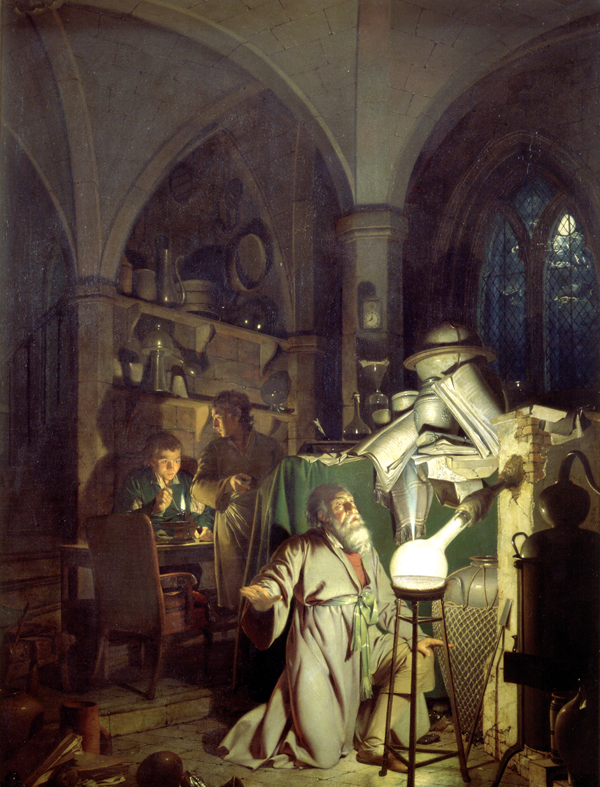 The Alchemist by Joseph Wright

When I look back on my saddest moments and greatest life challenges, I know that’s when I grew the most. When the chips are down you learn more about yourself than you do when it’s all plain sailing. My inner strength was forged in the fire of suffering. But it’s like Jesus said, “This too shall pass.” With the benefit of hindsight I’ve been able to get some perspective and see how my attitude either helped or hindered me in those times.

When I was faced with the ultimate choice to either change or die, I think you can guess when I finally created my gold.

Attitude is a very fluid thing, it can change according to our mood and circumstances, but the trick is to be aware of our thoughts and our self-talk, and when it dips be able to alter it accordingly. I know that I’m normally quite a ‘high’ sort of person but I can sometimes get pulled into a ‘low’ when things don’t go my way, which tends to happen fairly frequently. 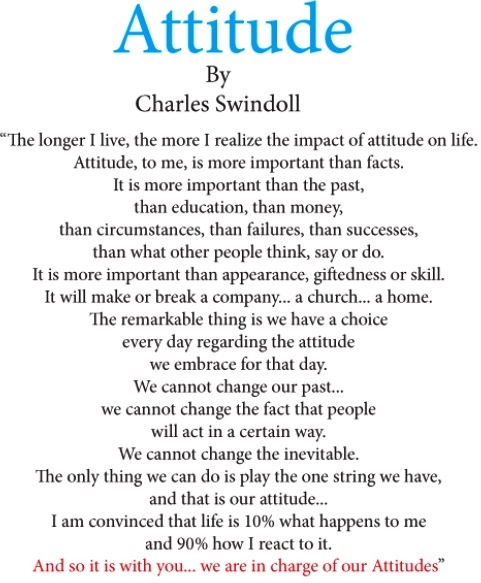 I try to be a constant practitioner of gratitude, because unless you’re dead, things can always be worse. There have been days when, as Zig Ziglar so aptly put it, I needed a ‘check-up from the neck up’.

“Your attitude, not your aptitude, will determine your altitude.” ~ Zig Ziglar

Speaking of Mr Ziglar, here’s the man himself. Attitude Makes All The Difference:

Gratitude lets you see the beauty of your life which opens you to possibilities and better, more positive outcomes. We can’t second guess the universe, we can only play the current hand that we’re dealt with and try to make the best of it. Sometimes a duff hand is the most amazing blessing in disguise, even though in our despair we may ask, “Why is this happening to me?” The answer may not always become clear until after the event. 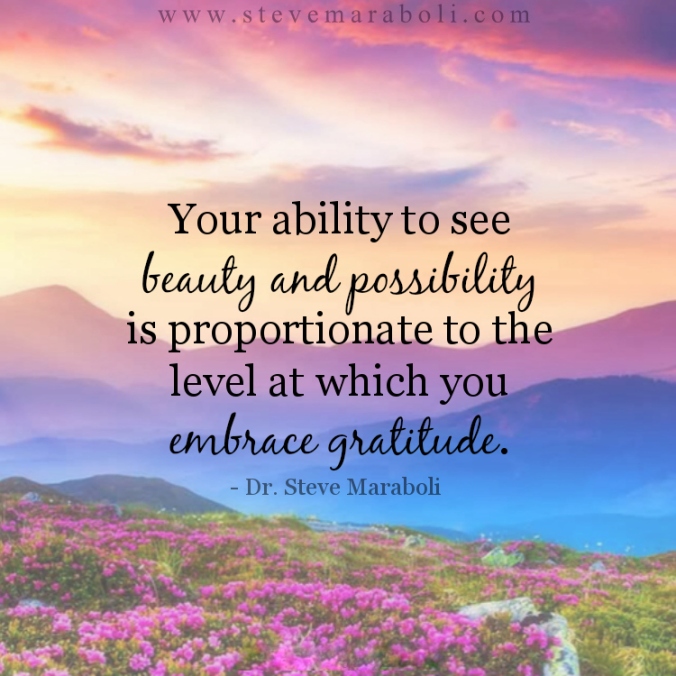 Wounded souls have undergone healing, and are capable of deep compassion, empathy, strength and love.  The desire to serve and make things better for others often comes from experiencing a hardship that we want to spare our fellow man. Pain, whether it be emotional or physical is the main ingredient in our noble quest for transformation. Heartache is metallurgy for the soul.

It’s not our intelligence that will make the difference.  We could be the brainiest person in the world, but if our thoughts about us and others were negative, a high IQ wouldn’t count for much. If we have the attitude to know that we don’t know everything we can always learn from someone who has gone before us.

Our attitude is the thing that makes the biggest difference. If we evaluate where we’re at and adjust our settings accordingly we won’t get thrown too far off our course. It’s the only true thing we have complete control over. 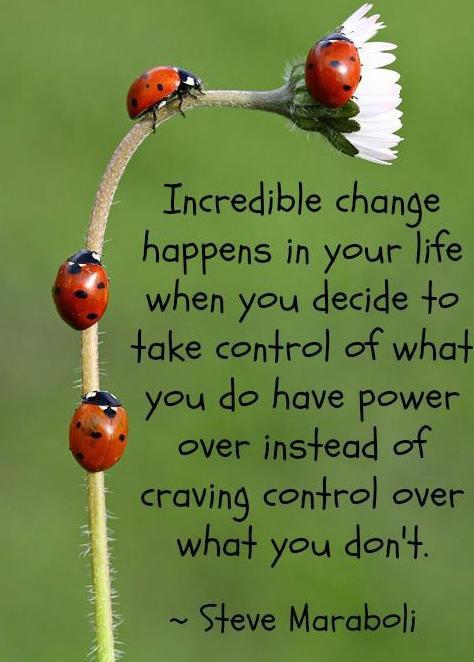 After conducting countless experiments Thomas Edison might have rightly announced he was never going to invent the electric light bulb, but after being questioned about his apparent lack of results Edison was quick to respond:

“Results!  Why, man, I have gotten lots of results!  I know several thousand things that won’t work!”

So our thoughts and beliefs either elevate our attitude or they drag it into the gutter.

The sheer exuberance, innocence and enthusiasm for life that my children regularly demonstrate shows me how important that sense of wonderment really is. Magic is real to children.

Succumbing to wallowing in our weaknesses and problems is probably the biggest roadblock to leading the life of our dreams. When we have a purpose and passion in our lives it provides motivation to ditch these badly formed, ill-informed thoughts for ones that will better serve our inspiration. Brendon Burchard nails it in this clip where he talks about shifting our dominant frame:

People with charisma and warm, uplifting auras are a pleasure to be around, we are drawn to them like metal filings to a magnet. On the other hand, the moaning minnies of this world tend to repel both people and happy circumstances. They are caught in a perverse cycle of victimhood which makes it harder to manifest the life they want.

It’s like the crab that’s  trying to clamber out of the bucket, but is caught in the pincers of another crab who wants to hold him back and prevent him from escaping. The remaining crabs pull him back in, sealing their collective their fate. Only this time, the pincers pulling us downward are our mind, and sometimes other people. Great explanation of the crabs-in-a-bucket theory.

Rather than understanding the ancient philosophy and practice of alchemy and the nature of matter, we can be masters of the chemical impulses in our own brains. When we change our attitude we change ourselves, and it can happen for better or worse in an instant.

I thought I’d share Der Alchemist by Carl Spitzweg  complete with atmospheric chamber music that totally fits the painting and the ethos!

It’s how we handle our base emotions and thoughts that determine how much ‘gold’ we will convert. We can decide how we’re going to lead our lives, what legacy we’re going to leave the world, and if that isn’t true alchemy – I don’t know what is.