“Work is not always required. There is such a thing as sacred idleness.” ~ George MacDonald

Meditation is an ancient discipline. Sages, monks, and those seeking to understand the Self have been voyaging into the spirit for millennia. In this modern day and age many of us lead busy lives and don’t have the time it takes to master the traditional techniques, let alone practise the discipline on a regular basis in order to avail ourselves of the results it offers. Life can get so crazy sometimes.

I’ve been through some pretty rough times in my life and there’s no doubt that for a while it was touch and go if I was going to make it.  Mentally and emotionally I was at rock bottom, and that’s when your thoughts can go really dark.  But I managed to pull myself up by my bootstraps (with some help), and in the midst of my woes I discovered meditation.  Or to be exact, the lazy person’s meditation system called Holosync. It still requires a small amount of discipline to actually listen to it on a regular basis, but the results are accelerated compared to sitting cross legged chanting “Om” for hours on end. I have been meditating for a decade now, and I’ve never regretted it – not once.

In fact, you could say that it’s rather a mental crutch for me, my hour of bliss at the end or start of a day. So many voices and tasks are vying for my attention, and under the daily onslaught I love to just shut everything out and go inwards for sixty minutes. Time for mindfulness is essential for all of us. Maybe you prefer a long walk in the countryside, or to play a musical instrument (I love that too), but nothing quite beats the feeling of peace and euphoria that the Holosync audio technology can induce in the brain. But for me it’s not just about creating a feeling of Zen for the duration of the CD, it’s about long term evolutionary growth.

My own experiences have been mostly pleasurable, sometimes my mind would be in overdrive and feelings of anxiety would surface as Holosync temporarily pushed my nervous system beyond its capacity. Over time I felt lighter, and eventually mental and emotional baggage dropped away as it came into the light of my awareness.  I noticed I had more clarity, increased focus and concentration, more energy, I felt happier, had more awareness and a sense of inner peace. The occasional discomfort is worth it. For relatively short durations I would feel all at sea as my meditation created emotional upheaval, but I learnt to just witness my tumult, and I noticed over time that many of my dysfunctional behaviours ceased. That’s because we can’t act out behaviours that don’t serve us when we are conscious of them. The buried traumas and negative beliefs that are transparent to our conscious mind run on auto pilot, causing our self-sabotaging actions. We don’t know what we don’t know.

I can honestly say, now looking back at my progress with Holosync over the years, the most impactful improvement has been the lessening of feelings of fear and helplessness. I feel more in-tune with my soul. Don’t get me wrong, I still have my fair share of challenges, and I still have times when I’m feeling physically and mentally over-amped and antsy. But I feel that now those times are shorter and less intense, and I have increased resilience to overcome the problems I face. I’ve definitely become more creative since I started meditating.

I made the decision to join the Inner Circle and commit to listening to every level, and I’m now on disc 4 of Flowering Level 3, the journey is almost at an end. But, as Bill says, the changes are permanent, as the brain creates new neural pathways in the course of the programme, so it’s a solid foundation to build on.

There are four major categories of brain wave patterns (plus Gamma) that our brains are subject to at any given moment:

For the first two years of Ruby’s life I probably averaged about 3-4 hours of sleep per night. I don’t think I could have functioned without the benefits that I had accrued with my meditation, both physically and emotionally.

New meditators start on the Awakening Prologue, and move on from there. In this support letter Bill explains the different levels and how long they take to complete: support letter

Centerpointe supply new customers with plenty of information about what to expect and how to use the technology, and they have a full support team there to talk to if you are having experiences that you don’t understand or are not sure what to make of. With each new level the carrier frequency is lowered so your brain is doing more work, just like an athlete improving their fitness and pushing their body to new limits. 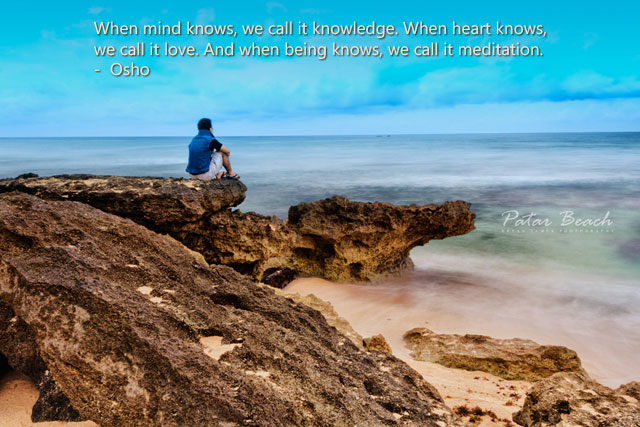 At the start, and at the beginning of each new level you listen for 30 minutes only for the first 14 days, this is The Dive part of the audio, consisting of pleasant chimes and crystal bowl tones, and then you progress to listening for the full hour, the second 30 minutes is called Immersion, and is evocative of sitting under a hut in tropical rain. It’s beautiful.  During Immersion you are taken into Theta and Delta brain waves. It’s hard to describe the wonderful feeling of being awake in Delta. On more than one occasion I had a profound mystical experience, which transcended anything anyone could have told me about.

Because the brain communicates between both hemispheres as a result of meditating the mind evolves into whole brain functioning. Bill Harris likens whole brain thinking (rather than using only one hemisphere) to thinking in stereo. It’s the realm of genius!

I can only relate my experiences with Holosync as that’s the system I have been using. I don’t think I can put a price on my development, but as a member of the Inner Circle I was offered discounted pricing than if I had just paid as and when I progressed onto the next level, and I was able to pay this in affordable monthly installments. Check out their website for full details if you think it might be something you want to try. And no – I’m not on commission!!

A bit of background:

Bill Harris, the founder and CEO of Centerpointe was inspired to create Holosync when he read an article in Scientific American by researcher Dr. Gerald Oster of Mount Sinai medical Center in New York, written in 1973. The article was titled Auditory Beats in the brain, and it detailed how electrical brain wave patterns resonate to certain precise frequencies when presented with audio tones of certain frequencies. In the 80’s Harris studied the research of Nobel Prize Laureat Ilya Prigogine, into the evolution of complex systems (of which the mind is one) and how when entropy is increased it will force an open system to re-organise itself at a higher level of functioning to deal with the increased stimulus.

I could go through a long list of benefits, but they are all covered on the Centerpointe website. The health benefits of meditation have also been documented by Harvard Medical School.

I’d like to finish on one of my favourite poems, Samadhi by Paramhansa Yogananda, which for me, embodies the mystical and the divine:

I’m the sort of person who likes to push my boundaries and when it’s time for me to depart dear planet Earth I’d like to be able to look back without regret or recrimination and say I gave it my all, I lived life to the full.