“Principles for the Development of a Complete Mind: Study the science of art. Study the art of science. Develop your senses- especially learn how to see. Realize that everything connects to everything else.” ~ Leonardo da Vinci 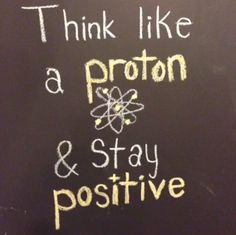 I wonder what Leonardo da Vinci would have made of quarks?

What purpose does science, and all its many branches serve, unless it can teach us more about ourselves; how to live life to the full, how to lead healthy, happy lives in harmony with each other and nature?

I propose that the only true aim of science should be to assist the evolution of mankind. And I don’t mean into more perfect physical specimens, rather as more evolved beings, with increased awareness about how we affect our planet and how we manifest our dreams and goals. Surely technology has only a limited scope in achieving this aim? We are looking out there for answers, when perhaps they are inside us all along.

The micro world of subatomic particles is probably the only area of study that will illuminate the building blocks of life and the universe.

However, science still can’t define what the soul is. It still can’t tell us what happens to the spirit upon the moment of death. It still has many questions to answer about the nature of consciousness and existence.

Without a moral or spiritual intention surely scientific endeavour is just glorification of the ego?

Your inner realms are just as infinite as the cosmos. And when you look at all the amazing achievements to date, they were all a product of the mind of man. They all came from that deep creative well that every human has access to. Moments of insight, backed up and developed by rigorous research and experimentation.

Science has been responsible for much of humanity’s progress in the last few centuries.  And the pace of technical innovation is breath taking. It has impacted our lives in so many areas: from the inventions of everyday gadgets such as the washing machine, the smartphone, flat-screen TVs, the whole Apple phenomena to virtual reality and medical matters. 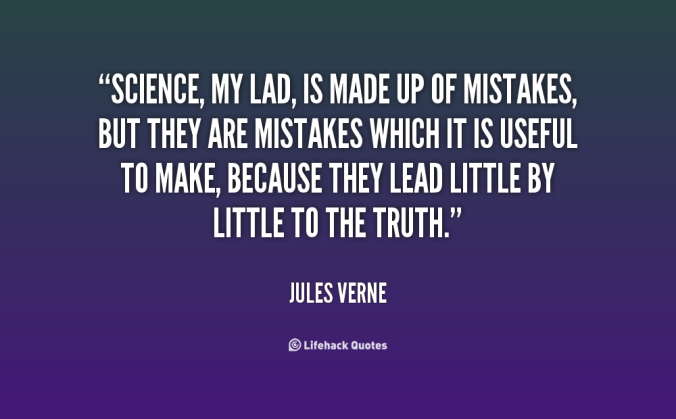 But it hasn’t all been good. The atom bomb should never have been created. Society has paid a high price for science that was ultimately motivated by greed and self-interest.

When scientists start messing with the food chain I get worried. Genetically modified crops are contaminating the gene pools of plants, and self-propagating GMO pollution is predicted to outlast the considerable effects of global warming and nuclear waste. In large-scale farming the use of pesticides are decimating the world’s bee and insect populations, just so the likes of Monsanto can make a profit feeding us HFCS (high fructose corn syrup), and other highly processed foods; if you can even call them that!

Without government action and intervention the lack of integrity in this field means that science operating with impunity threatens the health of future generations. It’s time for consumers to make their voices heard in the supermarket aisles, where the big corporations will feel the effects of our dissent.

At the other end of the scale, a group of brilliant people landed men on the moon, an unmanned craft on Mars, completed the successful Rosetta comet mission and invented telescopes that can penetrate deep into space millions of light years away and show us galaxies, nebulas, black holes, the births and deaths of stars. Dark matter, soon to be created light matter, and the very stuff of the universe.

Scientists at CERN proclaimed that they have found the elusive Higgs boson, nicknamed the ‘God Particle’.  But not everyone at techtimes agrees. Whatever your opinion about it, the large hadron collider (LHC) is an incredible achievement in itself. It is actually one of the coldest places on Earth, as well as generating temperatures hotter than the core of the sun when the particles collide and explode.

Here is an interesting documentary about the LHC at CERN, the Higgs boson experiment and the theory of ‘supersymmetry’.

Perhaps it’s time to question the standard model of particle physics? Is the big bang theory that is so universally accepted really true? Is the phenomena of psychic ability a reality? Do we all possess it? What about the possibility of time travel? Whoa…I’m getting ahead of myself.

It must be tough being a scientist, working at the peak of human intellectual capacity as well as combining understanding with the essential element of creative insight. Then, after the light bulb lights up, there follows the endless verification and testing that scientific theories require before they are proven and accepted into the mainstream.

One of the dangers they face must certainly be confirmation bias. Not to mention the whole funding issue. 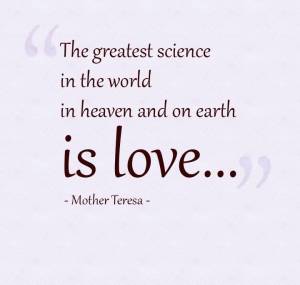 It seems natural that as humans created science that science is in danger of getting bogged down in indoctrination and the same way of doing and thinking about things. Humans thought that the Earth was flat until it was proven to be a sphere. Our knowledge is limited to our perception and ability to question accepted thoughts, facts and dogmas.  Only with enlightened questions can we find the answers to humanity’s biggest dilemmas and problems.

Particles do not exist unless there is an observer. We really do create our own reality!

For me the Heisenberg Principle is one of the most amazing discoveries of quantum physics. Alok Jha from The Guardian explains all!

But what does it all mean if we can’t apply it to our everyday lives? I like this fun explanation from Dr David R Hawkins. Here he is talking about people who eat too many cookies, but it could be applied to smoking, drinking and all kinds of vices:

As he says, “Attention begins to diminish a thing automatically.” Dysfunctional behaviours cannot continue when the light of consciousness shines on it.

The brilliant Nobel Prize-Winning Austrian physicist, Erwin Schrödinger is known as one of the fathers of Quantum Mechanics: he formulated the wave equation, authored many works, in particular his book, What Is Life?

Schrödinger stayed in Dublin until retiring in 1955. He had a lifelong interest in the Vedanta philosophy of Hinduism, which influenced his speculations at the close of What Is Life? about the possibility that individual consciousness is only a manifestation of a unitary consciousness pervading the universe.

Probably one of his most enduring legacies is his thought experiment Schrödinger’s cat. My cat (who loves to perch next to me on my desk and watch the screen), has just scarpered!

As I’m not a physicist and I’m still trying to get my head round this concept I thought it best to include a video or two that explains wave function and more:

You could say that this blog post does and doesn’t exist simultaneously, but by my observing it, by my thoughts I caused the wave to collapse, and bingo, you have a blog post to read that probably doesn’t make sense!!

I’d like to finish with the work of British biologist and author, Dr. Rupert Sheldrake, who’s theory of Morphic Resonance has not been embraced wholeheartedly by the scientific community. I admire his open-minded and common sense approach to science and his courage to question the dogmas that western science clings to.

Here is a wonderful interview between Rupert Sheldrake and Deepak Chopra. Science Beyond the Superstitions of Materialism:

So, in reply to the loaded question posed by my title, I’m going to assume a ‘superposition’ and say that both answers exist at the same time; until you start observing one of them that is!!!