“The appropriate business of Poetry, (which, nevertheless, if genuine, is as permanent as pure science), her privilege and duty, is to treat of things not as they are, but as they appear; not as they exist in themselves, but as they seem to exist to the senses, and to the passions.” ~ William Wordsworth

There will be plenty of bardolatry in these two posts, to quote the rather satirical term coined by George Bernard Shaw in his fervent appreciation of Shakespeare. When I think of ‘The Bard’, of course it is always Shakespeare that immediately springs to mind. With the 400th anniversary of his death approaching and his incredible legacy of literature, he is rightly referred to as ‘The Bard of Avon’. 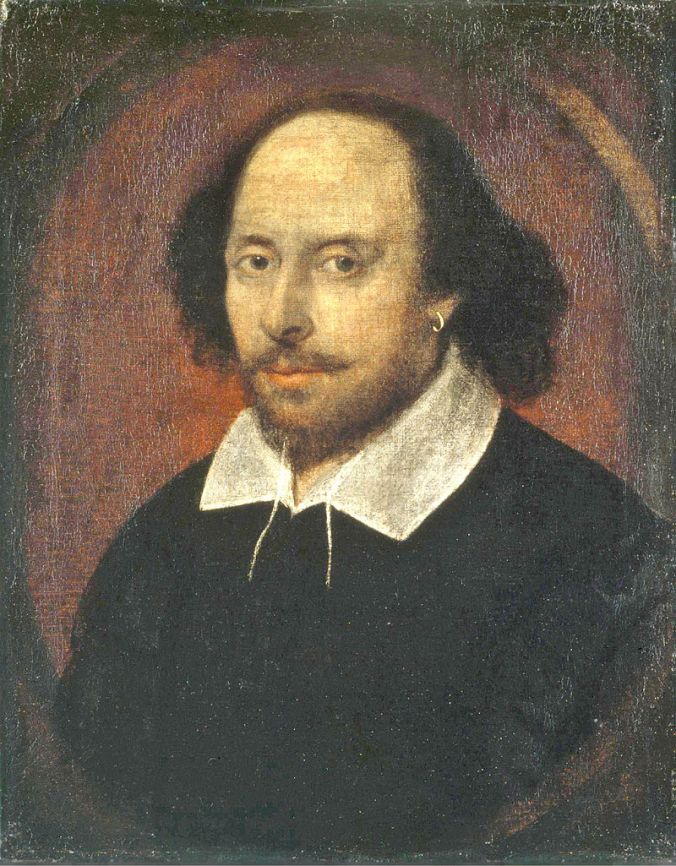 Another more recent ‘Bard’ is Rabindranath Tagore, who was known by the sobriquet ‘The Bard of Bengal’.

But, strictly speaking, what is a ‘Bard’?

A ‘Bard’ has its roots in ancient Celtic, Welsh, Scottish and Irish culture, referring to one who had the innate skill of storytelling, composition of verse and poetry and or being a musician and singer, usually employed by a monarch or noble patron. Bards shaped our culture and ensured that our stories (and the wisdom contained within them), was passed on to future generations. 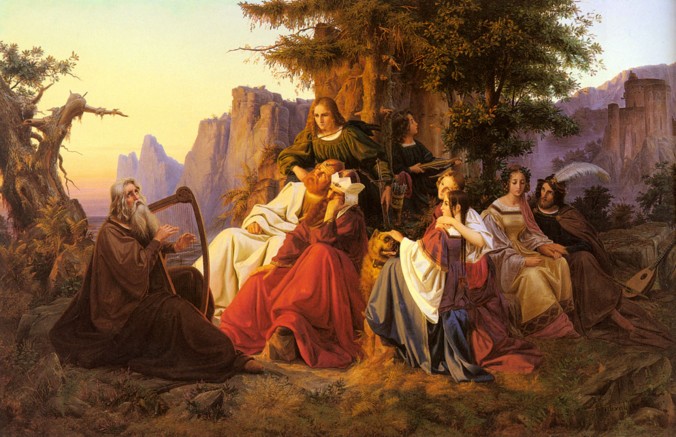 The Bard before the Royal Family by Anton Huxoll

The meaning and influence of bardic tradition has evolved over the centuries to the more romantic understanding that is defined so perfectly in our modern world by the writings of William Shakespeare.

Interestingly, works of art work portraying bards tend to depict elderly men with windswept white hair playing a harp or grasping a tome, set against the backdrop of epic scenery. 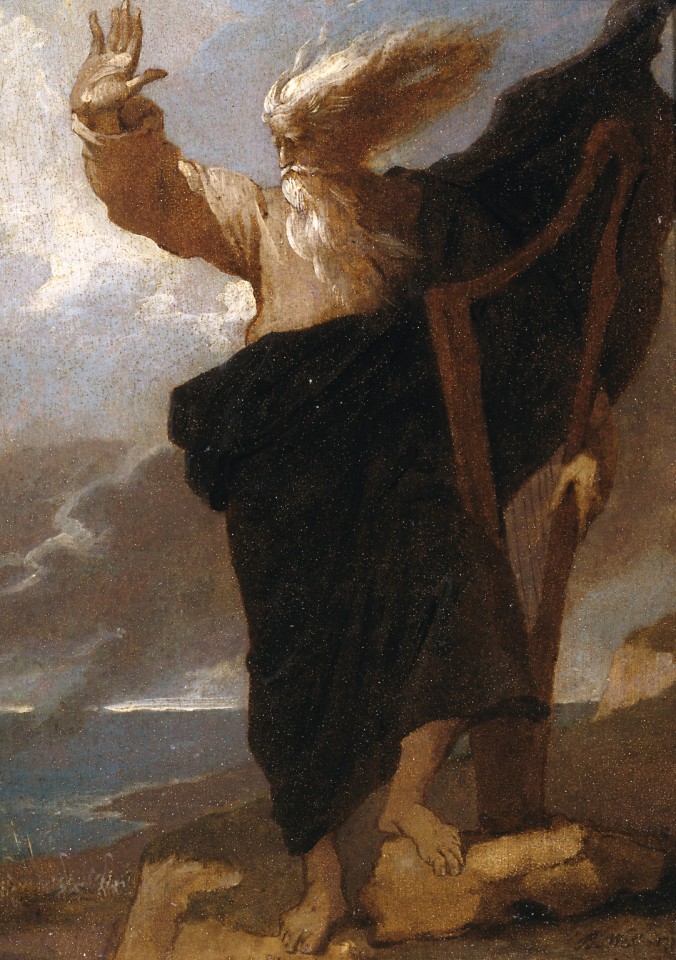 The Bard by Benjamin West

It awakens quite a primordial longing to be at one with nature, be of service to the community and also kinship with fellow man. For me, there seems to be a very close connection with the wilderness, which, in ancient times would have been the case. 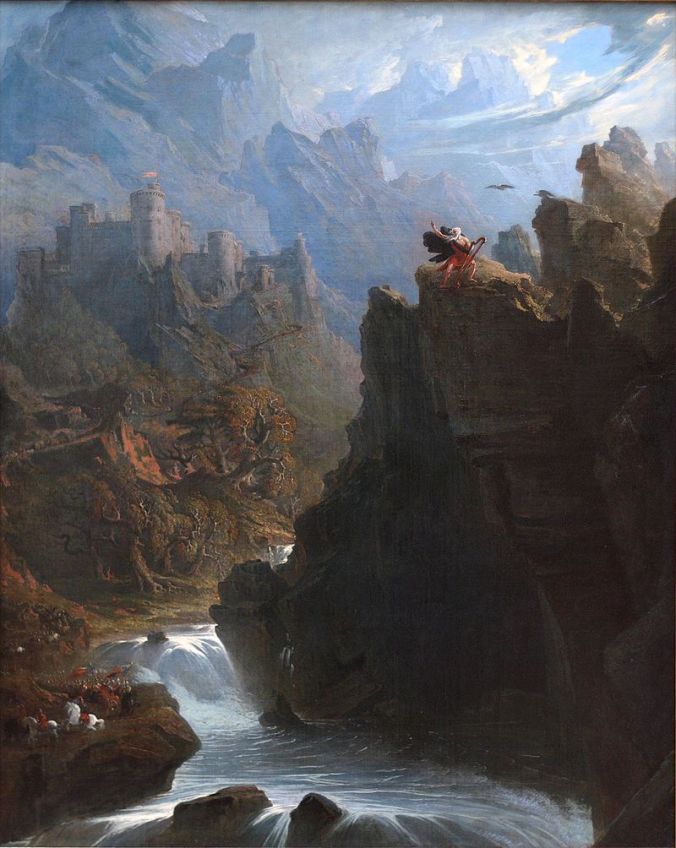 I’d like to start way back before Shakespeare though, with a poet I’d not heard of before, who hailed from Dark Ages Wales – Taliesin. 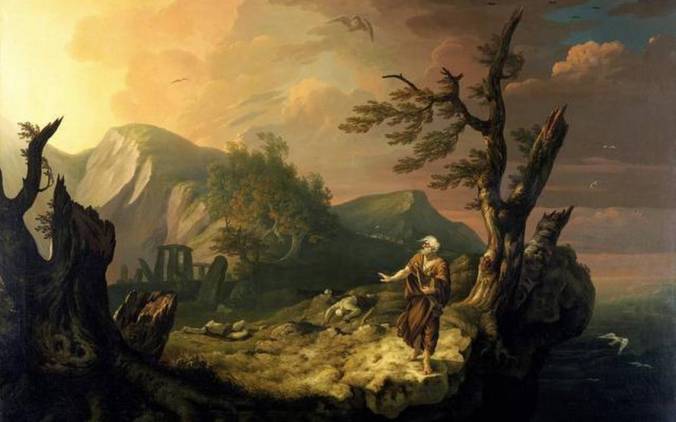 The Bard by Thomas Jones

The Tale of Taliesin

Thanks to my good friend, fellow musician, writer and sound therapist, Laurelle Rond, I recently learned of the mythic Celtic folklore that surrounds the birth of Taliesin, a 6th century Welsh Bard.

He was a revered poet of the post-Roman period whose work seems to have survived in a Middle Welsh manuscript, known as the Book of Taliesin. Taliesin is believed to have sung at the courts of at least three Celtic British kings.

His name, spelt Taliessin in Alfred, Lord Tennyson’s Idylls of the King and in some subsequent works, means ‘shining brow’ in Middle Welsh. In legend and medieval Welsh poetry, he is often referred to as Taliesin Ben Beirdd (‘Taliesin, Chief of Bards’ or chief of poets). According to legend Taliesin was adopted as a child by Elffin, the son of Gwyddno Garanhir, and prophesied the death of Maelgwn Gwynedd from the Yellow Plague. In later stories he became a mythic hero, companion of Bran the Blessed and King Arthur.

Here is the mythological Tale of Taliesin, as told by Peter Freeman:

At its heart the Tale of Taliesin is a story of rebirth. It is layered with symbolism and meaning on many levels, but for me, the ultimate message of the myth is that spiritual struggle, suffering and cleansing can transform us, at which point we are reborn with inner vision, as Taliesin, the Bard.

Ceridwen, the queen and a Goddess herself, cannot bear to look upon her ugly son Morfran, who represents the shadow side of human nature; the dark side of ourselves that we don’t want to see and find hard to look at. 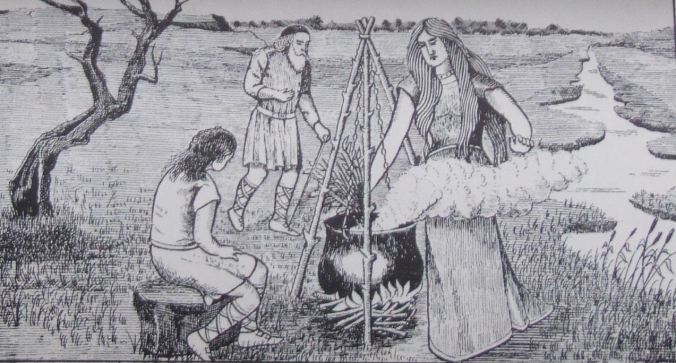 Gwion, Morda and Ceridwen attending to the cauldron – Taliesin

Gwion Bach, the young boy who is tasked with guarding the magic elixir, but who consumes the three drops of inspiration to avoid a burn when the potion is accidentally spilt on his hand, ignites her wrath and the shape-shifting chase begins. The chase is akin to the vicissitudes of everyday life, the ebb and flow of our fortunes, whereby we have to take different forms (personality traits and strengths), in order to run with our challenges.

Eventually we are empowered and born with the gift of intuition, poetry, music, wisdom and a willingness to be of service to others.

This tale has inspired composers, musicians, singers and songwriters alike, and I was delighted to find this evocative concerto for alto saxophone and orchestra by Martin Romberg, with Anja Bachmann as the soloist:

Song by Damh The Bard – Ceridwen and Taliesin:

It will soon be 400 years since William Shakespeare shuffled off his mortal coil on 23rd April 1616, and with iconic titles such as Hamlet, Romeo and Juliet, The Tempest, Henry V, A Midsummer Night’s Dream, Othello and Macbeth to his quill it’s no wonder that his name will never be erased from the great canon of English literature. His works are  as relevant and loved today they were in Elizabethan times. Talk about staying power!

Trends and ‘celebrity’ status are transient, but true genius is enduring. No-one created characters like Shakespeare…

Procession of Characters from Shakespeare

Historically, poets had glorified God, but our William had other ideas.  His muse was free and he did not censor her. Imagination was the foundation for his art. He wrote plays about love, hate, jealousy, ambition, power, greed, potions, witches, kings, queens, noblemen and women, fairies and everyday people. He needed to entertain the people so that he could make a living and support his young family back in Stratford.

However, in 1593, in the wake of the dreaded plague the theatres were closed and so ‘The Bard’ turned to poetry. His first poem was Venus and Adonis.

In the midst of the religious turmoil of the Tudor period, Shakespeare’s own distant cousin, Robert Southwell, was imprisoned in the Tower of London. He had sent his cousin W.S. a letter on the duty of poets, which was given to Queen Elizabeth I on the evening after his execution.

In 1594 under the patronage of Lord Hunston William formed a company of actors, mainly with his long-time friends, John Heminges, Henry Condell, William Sly, Augustine Phillips and Richard Burbage, who played many of his most memorable roles. 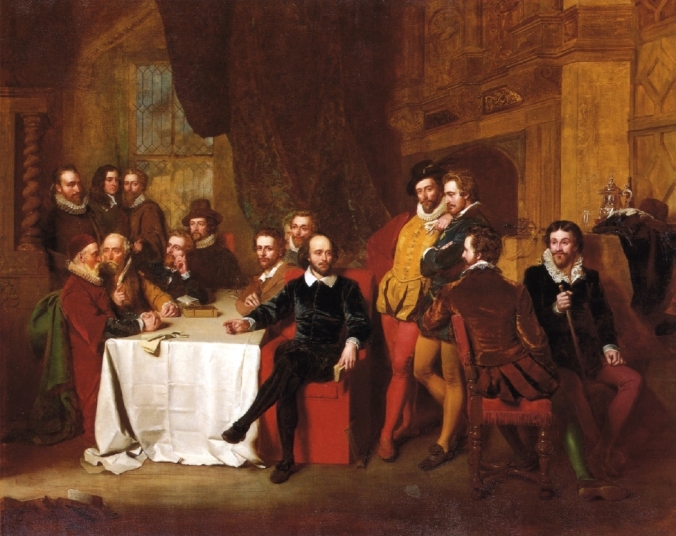 Shakespeare and his Contemporaries at The Mermaid Tavern by John Faed.

Sadly, William and Anne’s only son, Hamnet, died at the tender age of 11, so he was no stranger to heartache. It is thought that Sonnet 33 with its poignant verses could be describing Shakespeare’s grief, or potentially his despair at the rift in his relationship with the Earl of Southampton:

Full many a glorious morning have I seen

Flatter the mountain-tops with sovereign eye,

With ugly rack on his celestial face,

And from the forlorn world his visage hide,

Stealing unseen to west with this disgrace:

Even so my sun one early morn did shine

With all triumphant splendour on my brow;

But out! alack! he was but one hour mine,

The region cloud hath mask’d him from me now.

Yet him for this my love no whit disdaineth;

Suns of the world may stain when heaven’s sun staineth.

In part 2 we’ll hear more from the ‘Bard of Bengal’ and the ‘Bard of Avon’, as well as some other much loved poets that have graced our lives since then.